Today, I drove around the block to talk to the owner of this unusual dwelling:
John, he said his name was build a small home on the platform deck of a 1946  International Harvester KB-6 truck.
His home had huge Windows and a wood stove inside. I told him I was admiring his handy work and asked permission to take pictures for my gratitude post. So then we talk about gratitude and other stuff. It was awesome!
John told me that his tiny home was a recording studio. I only saw the front because the front door was opened and the stove and the kitchen were right there. There was a mixing thing that one would see in music studios. It was attached to the wall next to the kitchen…
I am grateful for the interaction! 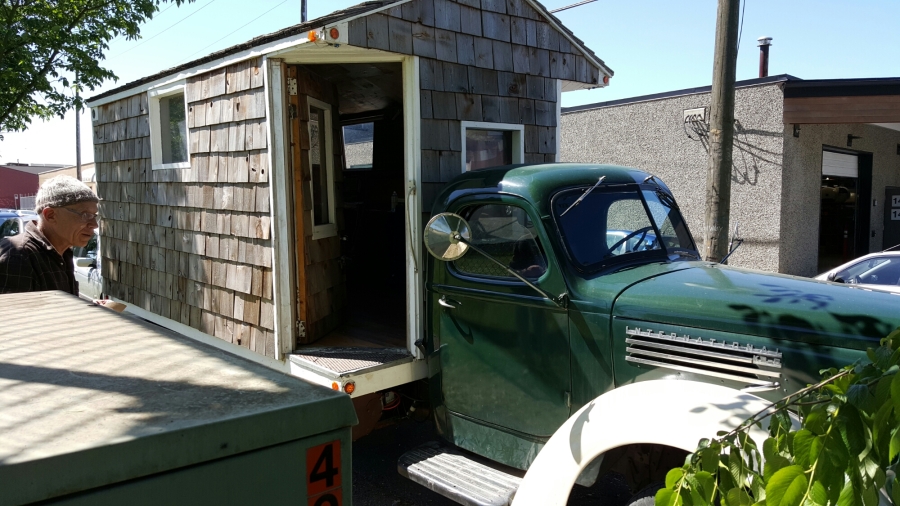 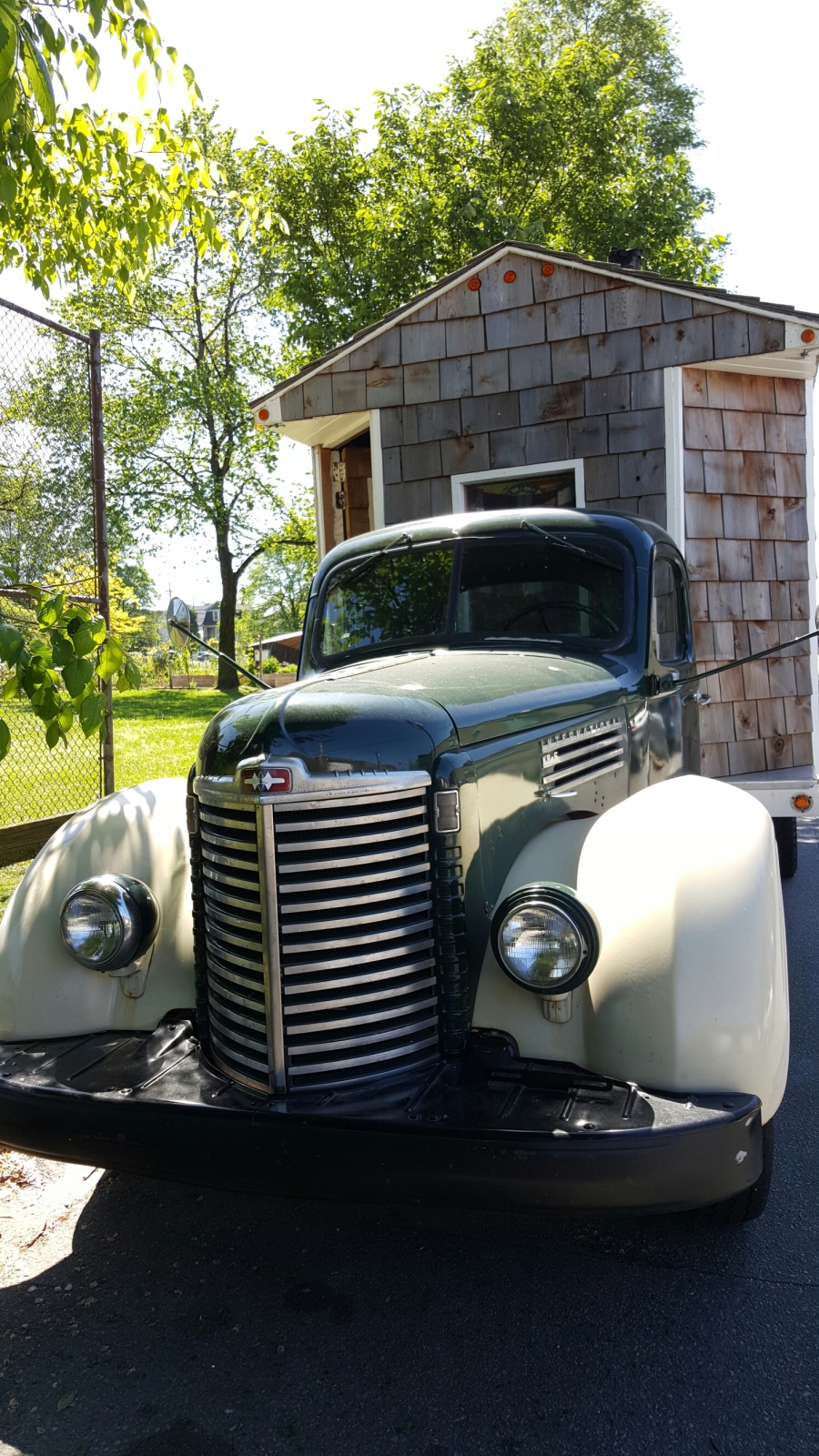 Joy and Happiness Consultant View all posts by MeliJoy

Experience how Geotran can help you be happier. Contact me to organize a free demonstration.